The not-so-occasional musings of an unpaid professional writer.

The following is a recap of my adventures and experiences while out on business continuity assignment for my employer. In brief summary, there is currently a work stoppage on the part of union employees in the Northeast region. As a result, I’ve been assigned to travel to the upstate New York and perform some of the duties of the striking employees.

My goal is to make this a running blog and post as often as possible.

Get ‘Em Flying In Alignment
Someone once said the trick to overcoming butterflies in your stomach is to get them to all fly in the same direction. I think the butterflies I had Monday morning were both high on crack and blind. It’s truly hard to put into words how uneasy and nerve wracking my first day of business continuity work was. There’s something very unsettling about driving to work and having complete strangers yell at you and call you names as you pull into the work location. Then, to have them do it all over again as I was heading out to my job assignment was just as bad, if not worse.

I’ve done many things in my life that I consider high-pressure, things that would cause the nerves to go into overdrive. I’ve even jumped out of a plane. Still, those were nothing compared to the nausea I was feeling at the thought of having to endure the taunts, yells, and vitriol that was eschewed by the angry mob of picketers. It was almost surreal.

Did We Lose ‘Em?
If having to creep our way through a picket line wasn’t bad enough – something we could not do if not for the local police explicitly telling the picketers to get out of the way – you can only image the flinches my bowl felt when I realized there was a car full of striking employees following me to my work assignment. “Are you F’n kidding me?” I said to myself. We had discussed the possibility of such a tactic, but to see it put into practice made an already surreal experience feel that much more incredulous. I didn’t like the idea of showing up to a customer’s location and having a car full of extremely vocal and adamant individuals yell, picket, and protest. If the tactic was designed to instill fear and intimidation on the part of the target, then mission accomplished.
Using our own ‘drive for miles’ tactic, we were finally able to lose our shadow. After all, there were four or five individuals in the car that was tailing us. Eventually one of them had to take a nature break. Still, for the rest of the day I was über-suspicious of any car that ended up behind my work van. When I’d see them turn on their blinker to pass me or turn off onto another road, my assignment partner and I would breathe a huge sigh of relief.

Damn You Larry and Sergey
Finally able to head out to our job assignments, our focus turned to the GPS function on my Android phone. What I’ve come to realize is that as awesome and enormous as Google is, their GPS navigation feature is not entirely 100% accurate. I know this because we ended up driving up a dirt/rock road that snaked its way to the top of mountain. Okay, it was probably a hill, but I’ve lived at or below sea level my entire life. To me it was a mountain.

If you’ve never driven up Eagles Nest Road in Hurley (Kingston), NY, I suggest you do yourself the favor and skip the experience. To say it was a bit creepy was an understatement, and the fact it was an uneven road filled with rocks and potholes made for a horrible experience, especially in a van full of telephone repair gear. Our ride just rattled and rattled and rattled some more. I could not tell what was more aggravating; the loudness of our van given all its rattling or the aforementioned striking employees. My partner tried to find the silver lining in our misadventure. “At least they won’t find us here,” she said, referring to the union employees that had followed us earlier in the day. “That’s what I’m afraid us,” I retorted, alluding to my hyper-active imagination and the thought of how our bodies would be easily disposed of following the ambush I was certain would take place.

OK. Now What?
Crash courses are called ‘crash’ for a reason. In preparation for this work stoppage, I was trained to do installation and maintenance work in five days. Yes, five days. At our first customer location (after we finally found it), we were able to evaluate the reported problem and perform our list of checks to try and isolate the problem. However, once we identified what the problem was, my partner and I were both unsure as to what the next step was. This was a unique circumstance that had not been covered in either of our training classes, and it was frustrating to not be able to resolve the customer’s issue right there on the spot. After a couple of phone calls, we were able to determine the proper step to take. Still, I’d been hoping for a successful completion of the job so that the customer would be satisfied and also so my partner and I could boost our confidence for the overall assignment. I guess that would just have to wait.

Not These Guys Again
Following the first of what will be many 12-hour work days, we pulled into our assigned work station only to be greeted once again by the yelling and screaming. This time, the belligerence level on the part of some of the union employees was even higher. Although I wasn’t rattled as much as before, it was still very difficult mentally and physically to edge my way through that small sea of individuals that were blocking my way.

Our attention quickly turned to the notion the protestors would follow us back to our respective hotels. After all, they would be seeing us pull out of the garage and could easily employ the tactic from earlier in the day. Fortunately for us, that did not happen at all. I just hope and pray they remain just as level headed for the duration of the strike with regards to not following us back ‘home’.

Was That This Morning?
As I joined some my peers for dinner following our first day, partial exhaustion kicked in. The day was so long and I was feeling so very tired. I thought back to when I met the other non-union employees on assignment with us. It had been only 13 hours earlier, but for some reason it felt like 3 days. The day had been so long and the reality set it that this was only day 1 of an assignment of unknown duration. “Holy crap,” I said. “This is going to be the longest week of my life.” 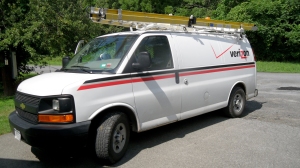